The legend of the black rooster, between rivalry and borders

The history of the black rooster, symbol of the Lega del Chianti (League of Chianti) and today a very famous emblem linked to the Chianti Classico Wine Consortium, includes a particular legend, which tells the story of historical rivalries and struggles for the borders.

We are in the Middle Ages and this time the dispute is focused on the Chianti borders, which the Republics of Siena and Florence have been quarrelling over for some time.

A very bizarre way was chosen to put an end to the disputes and this is where the rooster comes into play...

The two factions decided to set the boundaries by sending two horsemen from their respective city centres at sunrise; the point at which the two horsemen met would mark the boundaries of the territory and the crowing of the rooster would be the signal for their departure.

The Florentines chose a black rooster, that they kept locked up and hungry for days, while the Sienese chose a white rooster.

On the day of departure, the black rooster was freed and immediately began to crow. Hence, the Florentine horseman was able to set off along the road while darkness still filled the sky.

The white rooster, on the other hand, sang at the normal time and the Sienese horseman set off at daybreak. His journey only lasted 12 km, because he met the other rider at Fonterutoli.

It was in this curious way that Chianti passed almost entirely into Florentine hands. 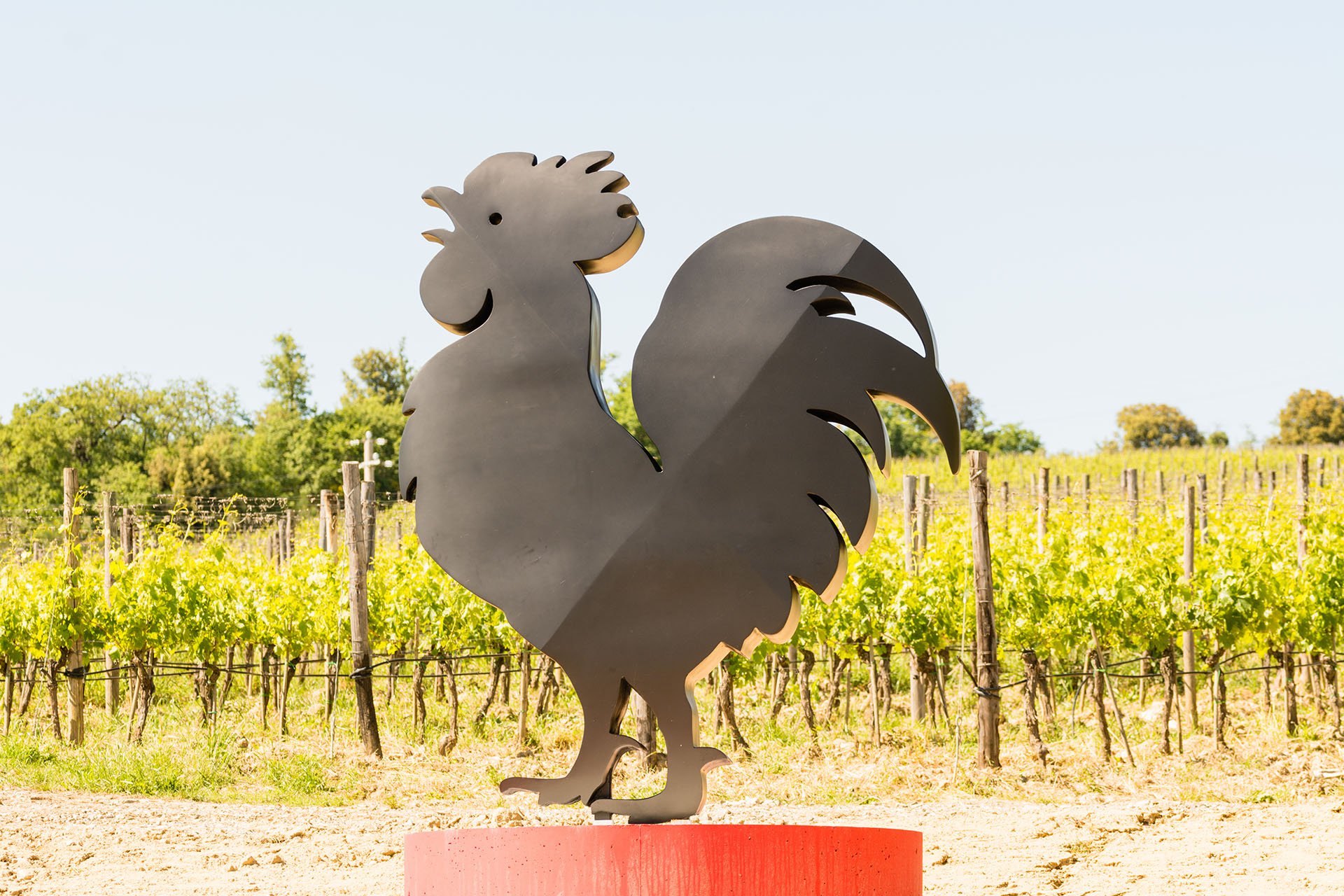