Due to its hillside position, far away from important waterways, the problem of a water supply had been present in Siena ever since its foundation. The solution adopted was to dig a system of underground tunnels, called bottini, which channelled the water from the aquifers and directed it to the city's fountains and homes.

After being started in the Etruscan period, it was during the Middle Ages that the aqueduct was developed and reached a length of about 25 km.

During the excavations, the belief that there was a river flowing under the city increased, as the murmur of the water could be heard in the areas of Porta San Marco and Porta Ovile. The search for this imagined waterway, which the Sienese called Diana, began in 1176 and was still going on more than a century later.

Legend has it that the workmen digging the tunnels, known as guerchi, went blind as a result of too many hours spent in the dark and that, every now and then, they would run out into the light to escape from the beings that appeared from the depths of the earth: omiccioli, dancing elves who instilled good cheer, and fuggisoli, spiteful beings who appeared as flashes of light.

In 1466, the maximum extension of the bottini was reached and, from then until the end of the First World War, when the Vivo aqueduct began to operate, Siena continued to use the bottini as their only water supply.

Today, they still bring water to the city fountains and some sections can be visited and walked along. To protect and safeguard the waters of Siena, the La Diana Association was created in 1994 and it manages guided tours and maintenance. 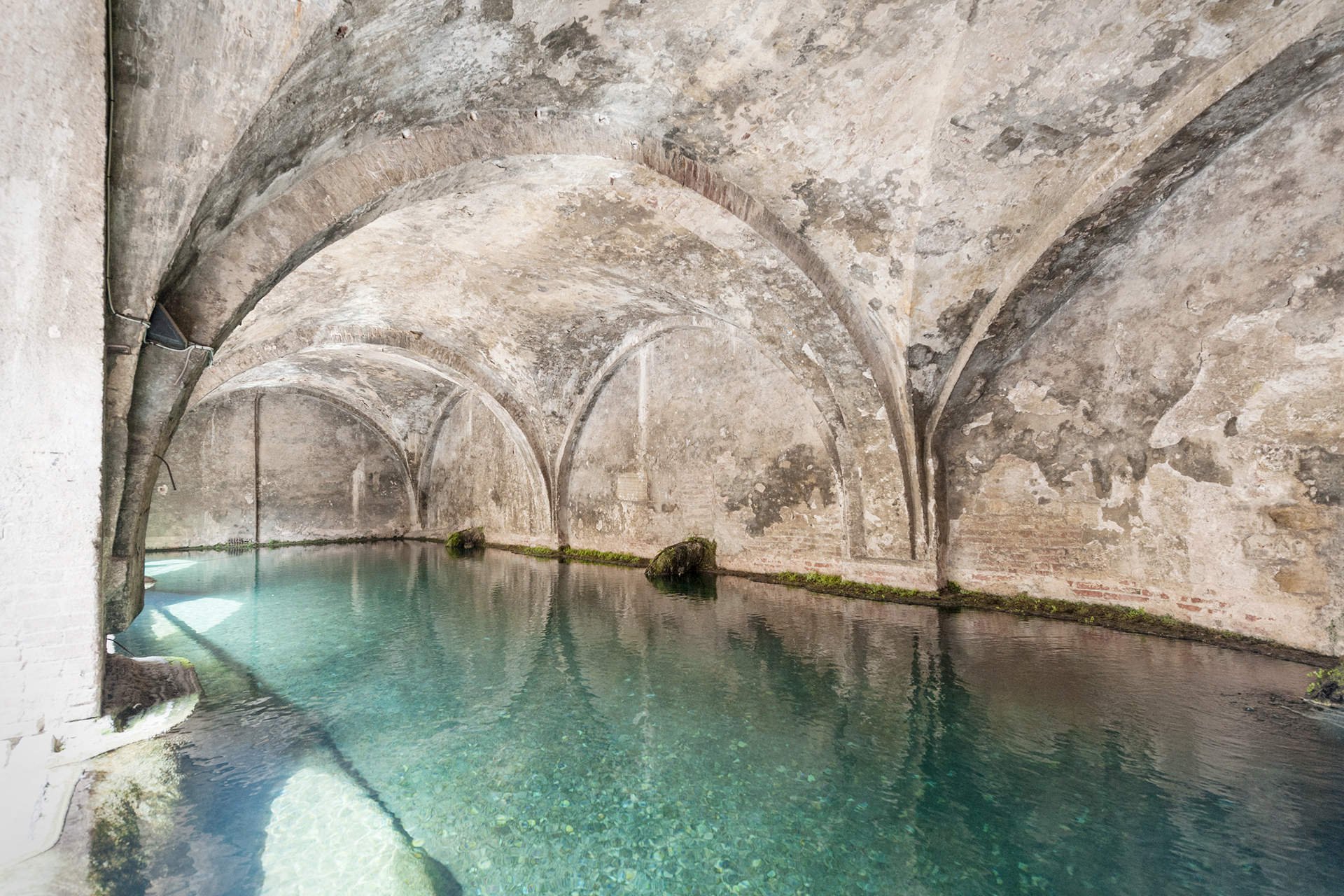